NASCAR at the Kansas Speedway 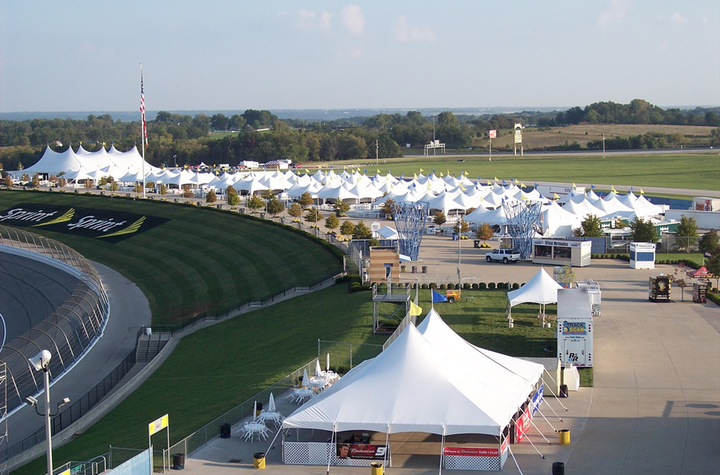 races at the venue until 2011.
Officials considered both the Missouri and Kansas side of the city but eventually settled with the

Kansas side because of better funding. Architecture firm HNTB, which also designed Chicagoland

in May 1999, and in July, preferred tickets went on sale. The demand at the ticket sales prompted ISC